Father Romano Zago is a Franciscan friar from Brazil, who has become famous all over the world for discovering and disseminating a “miraculous” natural recipe to cure cancer. What is it?

Nothing special, a simple juice made with some honey, a few tablespoons of distillate (vodka, or gin, or whisky, etc.) and the leaves of a peculiar plant that grows wild in the tropical forests and coastal areas of Brazil and most of the areas with warm-temperate climate of the world. I’m talking about the Aloe Arborescens.

The friar is a confident supporter of the miraculous properties of this juice. According to his witness, the Aloe juice can cure cancer even at an advanced stage and without any contraindication.

Who is Father Romano Zago exactly? 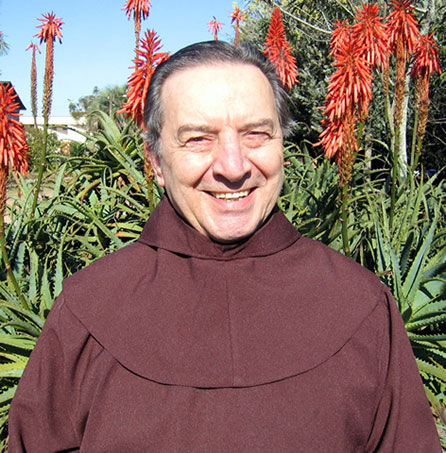 Father Romano Zago was born on 11/04/1932 in Lajeado, Brazil. He is a priest of Italian origin, belonging to the Franciscan friars. When he was just 11 years old, he started the “San Francesco” Serafico seminary in Taquari where he completed his studies, becoming a novice in 1952.

Father Romano Zago studied philosophy at Daltro Filho and Theology at Divinipolis, in Mato Grosso, where he was then named priest in the order of the Minor Friars.

Later he was appointed professor at the Taquari seminar and in 1971 he graduated in literature and began teaching languages ​​(French, Spanish, Portuguese and Latin) in the various houses of his order. In 1991 Father Romano Zago moved to Israel, where he continued teaching to young people.

Currently he works and lives in Brazil, his country of origin, where he returned after completing his mission in the Holy Land.

The discovery of Father Romano Zago

In his book “Cancer can be cured“, the Brazilian friar says he made an important discovery, a discovery that can cure cancer. It is a simple juice made with three natural products: Aloe Arborescens leaves, organic honey and distillate.

Actually, he points out that the discovery is not his own merit. Others before him had already conceived and successfully used this Aloe juice.

The merit of the friar is exclusively that of having spread this recipe all over the world, through word of mouth and above all by writing and publishing his book “Cancer can be cured”, where besides illustrating precisely the right method for the preparation of the juice, he reports witnesses of cancer patients, healed thanks to the intake of the juice made of Aloe Arborescens, honey and distillate. 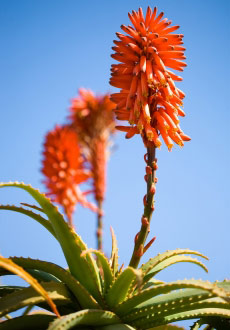 One of these witnesses, through which Father Zago testifies the efficacy of the juice for the first time, is by Mr. Giovanni Mariani, who was suffering from advanced prostate cancer and to whom the doctors had given a week of life. The friar tells in his book how, after a few weeks, the patient has recovered completely from his disease, returning to his normal daily life healthyer than ever.

The Brazilian friar had then other opportunities to test the efficacy of the Aloe juice. In particular, when he was transferred to Israel, he continued his work of disseminating his knowledge, taking care of numerous patients suffering from cancer. In these years the research of Father Zago caused quite a stir and was also published in the magazine “Terra Santa” and in some specialized magazines.

Returning to Brazil in 1995, Friar Zago continued to divulge his recipe based on Aloe Arborescens, honey and grappa, starting to devote himself more and more to the care of cancer patients. Finally, moved by the great number of “miraculous” healings, he decided to collect his findings and his witnesses in the book “Cancer can be cured”, with the aim of sharing his recipe with the entire world.

Who is the real creator of Aloe recipes?

Nobody knows, not even Father Zago.

What the friar knows is that this recipe has existed for years in the Rio Grande poor slums.

A mix able to cure cancer and many other diseases, for poor people who have no other way to heal themselves, if not to draw from what nature has made available to them.

Through another priest, Father Romano Zago became aware of this “miraculous” recipe. The friar in question is Father Arno Reckziegel, who had served in the village of Noivado-Mar the year before.

Father Arno Reckziegel, constantly in contact with the sick, had witnessed incredible healing in person, including cancer patients. He had thus learned of the recipe based on leaves of Aloe Arborescens, honey and spirit, with which these people were treated, without using medicines, for them too expensive.

This is how Father Romano Zago became aware of the anti-cancer recipe.

From then on, Zago started to test over and over this recipe, which to his amazement was almost always successful, taking care of most of the cases of cancer that he encountered the following days and years.