Aloe and other natural remedies to treat inflamed hemorrhoids 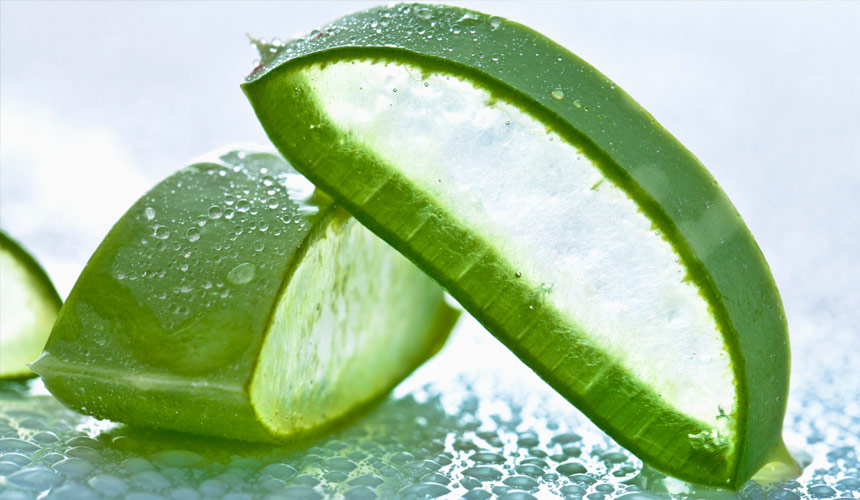 One of the many diseases that can be effectively treated with Aloe is inflamed hemorrhoids, a very common and very annoying problem that millions of people worldwide suffer from, especially in developed countries.

What are hemorrhoids and why do they become inflamed?

The main cause is an incorrect diet, poor in fiber and rich instead in sweets, sugars, fried foods, dairy products, saturated fats and refined foods. A diet of this type inevitably leads to constipation, which becomes chronic and causes prolonged strain during defecation, which promotes inflammation of the hemorrhoids.

The problem can be further fueled by foods that have a highly irritating effect on hemorrhoids, such as cold cuts, alcohol, chocolate, pepper and chili pepper.

Other causes can be the abuse of some drugs, such as contraceptives and laxatives, and the lack of movement, or a sedentary lifestyle.

How to treat hemorrhoids?

The first step to cure inflamed hemorrhoids is to remove the cause, improving the diet. Here are some simple tips that anyone can apply with excellent results:

We can also resort to natural remedies. Among the many remedies, Aloe is a wonderful remedy when it comes to solving cases of inflamed hemorrhoids, especially if accompanied by constipation.

Aloe can be used both internally (the juice to drink), and externally, by locally applying the Aloe gel. We will soon see how.

The Aloe plant (both Aloe Vera and Aloe Arborescens), besides being a powerful anticancer, boasts many other medicinal properties. In particular:

How to take Aloe?

For a truly effective action the Aloe should be taken both internally and externally.

Where to buy Aloe?

The Aloe Arborescens plant, or Aloe Vera plant, can be bought in nurseries and through some farms that sell plants also on the internet (for example on this site). For the preparation of the juice with honey and grappa (recipe of Father Romano Zago) it is important to use the Aloe Arborescens, which has more active ingredients. Both Aloe varieties (both Vera and Arborescens) are fine for external use. In both cases they must be biological plants grown in the open air.

If you don’t have time, or do not want to prepare Aloe juice at home, you can buy ready-made products, fresh and without preservatives.

The Erbedimauro farm produces these juices to order, following the indications of Father Romano Zago (plants of at least 5 years old, cultivated in the open air without fertilizers or chemical substances, organic honey, harvested leaves and processed when the sun is low or absent, etc..). You can buy Aloe juice from the Erbedimauro farm on the site: www.erbedimauro.it

The farm, always starting from its own Aloe plants (in this case Aloe Vera), grown in Italy, extracts the gel that can be either drunk, used externally on the skin or, as in the case in question, to reduce inflammation of hemorrhoids. You can buy Aloe Vera gel on the company website, by clicking on the green button below. 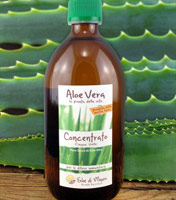 Other natural remedies for hemorrhoids

In addition to Aloe there are other herbs with medicinal properties that can help solve the problem of inflamed hemorrhoids.

Let’s see which ones. 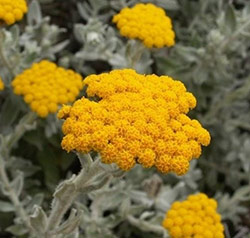 Helichrysum, botanical name Helichrysum italicum, is an aromatic plant characteristic of Mediterranean areas, where it grows spontaneously near the coasts and in sunny places, both in the mountains and by the sea.

It is also cultivated in many gardens for the beauty and the mixed aroma of chamomile and liquorice coming from its yellow flowers.

The flowers are used in phytotherapy for the preparation of decoctions and extracts (mother tinctures, dried extracts, essential oils, etc.). Helichrysum has a dual action against hemorrhoids. It is a powerful anti-inflammatory, so it works by reducing pain and itching. It also has anti-edema properties, which means it stops the bleeding.

How is Helichrysum used?

Helichrysum, like aloe, can be used both internally and externally. 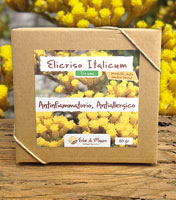 Yarrow, botanical name Achillea millefollium, is a beautiful plant that unfortunately is little used today. In the past, the flowers of this plant were used mainly by women, as it was considered the most effective plant in solving the unpleasant disorders caused by menopause, as well as to regularize the menstrual cycle, whether scarce or absent, or if too abundant.

The properties of this plant do not end here. In phytotherapy, Yarrow herbal tea is also used for the treatment of hemorrhoids and other problems of the digestive system.

The yarrow has anti-inflammatory, antiseptic, antimicrobial, astringent and diuretic properties. In the case of hemorrhoids this plant works by reducing inflammation and blocking bleeding.

How to use Yarrow?

Flowers are used to prepare infusions. The water is brought to a boil (about 250 ml, equal to a cup), then the flame is turned off and about a teaspoon of dried Achillea flowers are poured into the boiling water. Wait 10 minutes, filter and the infusion is ready to drink. You can drink either hot, lukewarm or cold.

The yarrow infusion is also excellent for cramps and stomach pains, to combat swelling and as an anti-inflammatory in colitis. 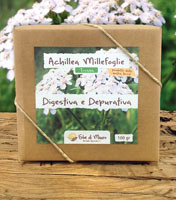 Where to buy these products?

The two remedies for hemorrhoids, helichrysum and yarrow, can be purchased in herbalist’s shop, or, also in this case, on the internet.

Given that many herbal products, due to the lower costs, come from China, for the purchase of a 100% made in Italy, organic product, from the producer to the consumer, you can also buy from the Erbedimauro farm website, which in addition to Aloe, cultivates many other herbs with medicinal properties.

You can find them on the website, in the herbal teas section: www.erbedimauro.it/herbal-teas

This site uses cookies, including third parties, to send services in line with your preferences. If you want to learn more or opt out of all or some cookies, read the information on cookies. Inside the site there is always a link to this information. By clicking on the appropriate button you consent to the use of cookies, otherwise they will remain disabled. This notice will be re-proposed within a year.I Accept