Aloe for the treatment of Hashimoto’s thyroiditis: a recent study confirms this possibility 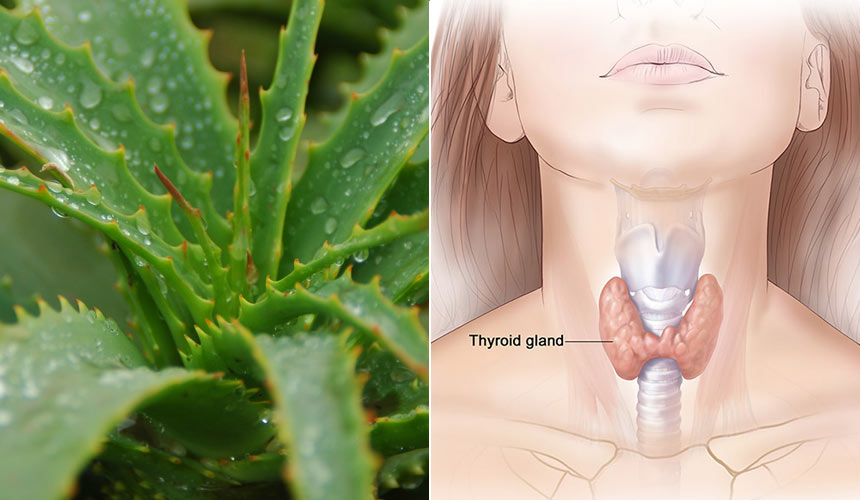 Can Aloe Vera also be a valuable aid for the treatment of thyroid diseases?

It seems so. Was recently published a study that looked at the effects of Aloe Vera juice on Hashimoto’s thyroiditis. What the researchers found was a significant reduction in thyroid peroxidase antibodies (TPO).

The study was conducted in women with diagnosed Hashimoto’s thyroiditis and elevated TSH levels above 4mU / L along with elevated TPO antibodies.

These women were given 50 ml of Aloe Vera juice a day for 9 months and at the end of this period further checks were made.

It is important to note that these women were not using thyroid hormone, nor were they taking any type of medication to treat Hashimoto’s thyroiditis.

At the end of the set 9 months, the treatment group’s mean TSH had dropped further to 2.01 and the TPO antibody level had dropped to 347. The placebo group in this study had no changes in TSH or TPO antibodies.

More studies should be done to confirm the efficacy of Aloe Vera juice, but these preliminary results are very promising indeed.

It is important to underline that the study, as almost always happens, was conducted only on Aloe Vera, while the less commercialized variety Aloe Arborescens was not taken into consideration – which for the experience of Father Romano Zago is much more effective, at least when it comes to the treatment of oncological pathologies.

There are not many other substances currently capable of reducing antibodies to Hashimoto so quickly. In addition to Aloe, there is extensive research on the use of Cordyceps sinensis, a medicinal mushroom which, like Aloe, has shown good results in reducing TSH. (read article).