The ancient Russian recipe based on Aloe to improve eyesight 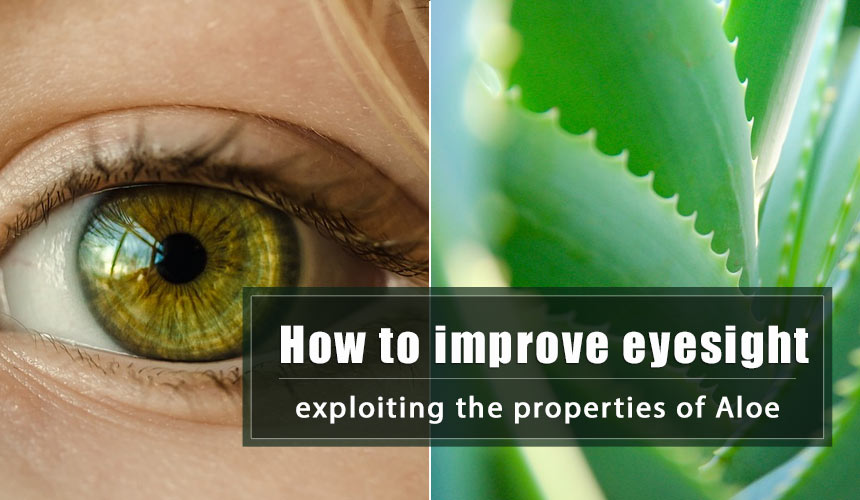 Today I would like to talk to you about an ancient Russian natural recipe, which according to its creator, Dr. Vladimir Petrovich Filatov, would even be able to recover the diopters up to cure myopia.

It is a recipe based on natural ingredients and the main ingredient, as you will discover shortly, is Aloe.

The benefits of Aloe for sight

Indeed, there are numerous studies that demonstrate the beneficial action of Aloe on the eyes, both for prevention and for the treatment of some more or less common ailments.

This disease consists of the clouding of the lens of the eye. It occurs with ageing and the causes are mainly to be found in the lifestyle and an incorrect diet. The optic nerve weakens and relaxes, leading to a blurred image and deterioration of vision.

Aloe, rich in calcium, zinc and provitamin A (beta-carotene),strengthens the optic nerve and its nerve endings, including the bulb, putting the lens in a position to slow down its aging process.

2. Inflammation of the eyes

Thanks to zinc and molecules with soothing and pain-relieving action (such as acemannan and salicylic acid), Aloe can bring about an almost immediate improvement in the most common eye inflammations, such as conjunctivitis and keratitis (inflammation of the corn from high sun exposure).

3. Improvement of the Retina

Aloe is rich in vitamins A, E, C, selenium and magnesium, all substances that improve and strengthen the retinal tissue and circulation, significantly reducing the risk of degeneration.

Doctor Vladimir Petrovic Filatov is a famous Soviet doctor of the 1960s and is undoubtedly one of the major pioneers in the study and use of Aloe in medicine.

According to Dr Filatov, traditional treatments and herbal medicine (i.e. the use of medicinal plants) should work in parallel, rather than being considered separate and contrasting practices.

He went down in history for having developed a personal method of keratoplasty and for having introduced tissue therapy.

However, he was also a great scholar of medicinal plants and undertook several studies on the “regenerating” properties of some substances in particular conditions that he called “biogenic stimulators“.

Among the plants studied for these characteristics there was also Aloe Vera, which was abundant throughout southern Russia and Central Asia, and Filatov chose it after observing its surprising soothing and healing properties: he cut Aloe Vera leaves, he kept them for ten days away from light and cold.

Later he extracted the internal gel and injected it under the skin of the patients: he realized that he obtained results similar to those obtained with tissue transplantation.

The recipe for improving eyesight

According to Dr. Vladimir Petrovich Filatov, the recipe in question, if taken regularly, would not only be able to prevent many vision disorders, but would potentially be able to restore lost diopters and thus cure myopia.

From what is said, this recipe was administered to patients, under treatment at his eye clinic, with surprising results.

And today many people still use it to improve their eyesight.

The recipe is as follows:

How to prepare the recipe

To get results, it is important to follow the recipe in every step.

Aloe juice must be prepared first. You can use both Aloe Vera and Aloe Arborescens leaves, both are fine.

STEP 2: Mix with the other ingredients

At this point you just have to mix the Aloe juice well with the other igrendienti, that is with 500 g of chopped walnuts, 300 g of honey and the juice of 3-4 lemons.

Mix well until you get a homogeneous substance.

Finally, put everything in a glass bottle (honey is fine), cover well with aluminum foil to protect the recipe from the light and keep the product in the refrigerator.

How to take the Juice

The juice should be consumed regularly every day, three times a day, 30 minutes before meals. The dosage is one tablespoon at a time.

Consistency and persistence are important to obtain results.